One thought on “Numerous Deaths After COVID Vaccine, DARPA Genetic Extinction Tech, The Coup Psyop & the War On YOU: Last American Vagabond”

In Honor of my late husband George Krabal, a victim of the New World Order

I will begin to take callers, recording a legacy for Targeted Individuals. Consider helping by calling in if you’re a TI to share your story,  whistleblower’s welcomed.

Donations Appreciated to help me overcome censorship and reach millions of readers with the truth.

Rev 13 & 14: It was given unto him to make war with the Saints and to overcome them; and power was given him over all kindreds, and tongues, and nations: Rev 13:7 #TargetedIndividuals #Humanity #Genocide

The Madcap Mysteries of Homeland Security: [Fusion Centers] Overreach into local law enforcement has led to the investigation of matters laughably unrelated to terrorism.

AI is being used promote a “failure to think” at “warp speed” that will serve a critical role in inhibiting resistance in the next stage of class warfare.

Biden says he is open to negotiating the proposed $1,400 COVID stimulus checks | Reuters

The Media is Lying to the Public

Paid by the CIA, Secret Societies & US Billionaires, I was taught to lie, and betray and never tell the truth to the public. After I spoke these words, I was murdered. 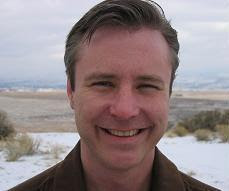 Me & Behind Home by Aero NAZI BUSH CIA Country Airport

I took these–the Gov is hiding it from the public