Other websites maintained by webmaster include:

Gang Stalking is the common term for military-intelligence protocols used by the US government, cooperating States, private security firms, and other groups to incrementally and systematically destroy persons secretly designated as “internal enemies.” Most “enemies” are invented to justify and perpetuate the phony, multi-trillion dollar “War on Terrorism”/”National Security Enterprise” system. Many are human trafficked and used as non-consensual human experimentees in military neuroweapons and nonlethal weapons testing programs. Synonyms for gang stalking include “Zersetzung” (German scientific term for “decomposition,” “disintegration,” “corrosion”), “counter-intelligence stalking,” “organized stalking,” “workplace mobbing,” etc. This system has been developed and deployed over the past century by “security services;” including the Soviet Cheka and KGB, the East German Stasi police, MI6/CIA/NATO’s Operation Gladio and “Stay Behind Armies” in post-WWII Western Europe, and in the FBI and CIA’s COINTELPRO (“counter-intelligence program”), MKULTRA, MHCHAOS and Phoenix Programs, among others.

And each of these operations involve secret targeting of citizens who have been extra-judicially designated as “enemies of the state”/”enemy combatants”/”domestic terrorists.” These citizens are secretly placed on black lists such as the “Terrorism Watch List,” “Main Core,” and FEMA Detainment Lists. Like Operation 9/11, which provided the pretext for these treasonous activities, these black, “wet” operations are unconstitutional and illegal. We may speculate that these operations are prelude to: 1) imposition of martial law and a totalitarian police state in America and perhaps worldwide, and possibly 2) mass genocide, as called for by UN Agenda 21 documents.

Since WWII, scores of top-secret mind control experiments and programs, including Projects MKULTRA, Bluebird, Artichoke, Chatter, MKOften, MKDelta, and MKSearch, have (and are still being) conducted by the CIA and the US military in conjunction with psychologists, psychiatrists and cognitive/neuro-scientists at universities, medical facilities and military bases across America. These programs build upon prior research done at the Tavistock Institute in England, in Nazi and pre-Nazi Germany, and elsewhere. They commonly involve the use of non-consenting and unwitting civilians in “terminal experiments.” The principle goal has always been twofold: 1) to “get control of an individual to the point where he will do our bidding against his will and even against such fundamental laws of nature such as self-preservation” (wording from original 1953 MKULTRA documents), i.e., creation of programmed multiple personality “Manchurian Candidates”-mind-controlled assassins, and 2) to create a “pscyho-civilized” (aka “mind-controlled,” bio-robotized) society. To achieve these ends, all manner of chemicals, biologicals, drugs, electro-shock, sleep and sensory deprivation, brain implants, electromagnetic frequencies, and torture techniques have been tested on human subjects.

In recent centuries, intelligence services have created innumerable cults, including the Rosicrucians, Freemasons, Illuminati, Theosophy, Mormonism, and a host of UFO, New Age, Christian, and Satanic cults, including Scientology, Jonestown, Children of God, Heaven’s Gate, Church of Satan, Temple of Set, Branch Dividians, etc. These cults are mini-totalitarian systems that provide cover for controllers to advance various secret agendas, including subjugation of cult members through coercion, mind control, traumatic abuse, forced and slave labor, etc. A look at “deep politics” reveals that the “master cult” is the Judeo-Masonic-Illuminati, a satanic cult based on the black magic system of the Jewish Kabbalah. The long-term plan of the “slave masters,” as spelled out in the Old Testament, Talmud, Kabbalah, “Protocols of Zion,” and the Communist Manifesto” among other documents, is global dominion. The phrase, “Tikkun Olam,” Hebrew for “reinvention or repair of the world,” refers to the coming Jewish world empire- the Jewish Utopia. Under Noahide Law (Jewish law for gentiles), all non-Jews (goyim) would be robbed, robotized, enslaved, and/or genocided.

The following 13-minute video by DJ Welsh of Level 9 News explains GISTAPWO-666’s larger context. The US government/Pentagon is implementating a computer-driven “autonomous warfare system” designed to achieve “full spectrum dominance of the human terrain.” This system regards civilians as “combatants” and “human inventory items,” identifies desirable and undesirable groups and individuals, and deploys “electronic warfare” (EW) and “man-machine integrations” to target and remove “undesirables” in order to “master the human domain.” TCs (“targeted citizens”) are being targeted by this system.

In “YOU Are THE ENEMY” (2014), Preston James, Ph.D., of “Veterans Today” identifies America’s rulers as the International Zionist Criminal Syndicate (IZCS). In Revelation 2:9 and 3:9, Jesus Christ refers to this system as the “Synagogue of Satan.” Their goal, in my opinion, is to implement fascist, one-world government/UN Agenda 2030 under the transhumanist, antichrist-BEAST system. The interests of the American people, the American constitutional republic, and humanity itself may be best served by filing a class action lawsuit against the U.S. government. For further information, insights, and clarifications please refer to the nearly 900 posts on this website:

Introductory Statement to “TCs” (Targeted Citizens) and Others:

If you are a “Targeted Citizen” (TC) (aka “Targeted Individual” (TI)), you have been secretly and extra-legally designated by unknown and unaccountable persons as an “enemy of the state.” The full resources of the State, including the civilian sector, are coordinated by the Department of Homeland Security (DHS) and the FBI to slowly, silently, and secretly torture, terrorize, and kill you. In other words, the Federal-State bureaucracy collectively termed the “Interagency,” which includes the military, intelligence, paramilitary (police, private security and intelligence firms), academic, legal, and civilian sectors, is waging psychological, chemical, and electronic warfare against you. (See: “New World War; Revolutionary Methods for Political Control” by Mark M. Rich, 2011).

As “enemy of the state,” you are a non-person, very much like the “detainees” at Guantanamo Bay and the Palestinians. Your constitutionally-guaranteed civil liberties and due process of law have been (illegally) stripped. You have been secretly enrolled in a highly covert program that intelligence services have developed over the past century to terrorize and eliminate political enemies, foreign spies, heads of state, journalists, “dissidents,” critics of government, activists, etc. Unbeknownst to you, your name probably appeared on a classified, secret blacklist, such as the “Terrorism Watch List,” before your targeting/torture began. Bottom line: Officially, you are now an “it,” a “target,” and no longer a legal person.

Rather, you are an (illegal) “covert operation” to be executed by military, intelligence, civilian, and any number of non-governmental agencies on behalf of the State. You are a potential “contract” for thousands of private security firms such as the FBI-spinoff, InfraGard, and the Israeli Mossad-spinoff, Black Cube. These and other mercenary and organized crime groups partner with the U.S. government, FBI, DHS, CIA, police agencies and others to wage the phony “war on terrorism” against you and millions of other innocent civilians worldwide. You may also be a non-consensual human guinea pig in one or several of the innumerable DARPA-Pentagon-funded weapons-testing and mind control programs and experiments now being carried out secretly and globally which involve hundreds to thousands of neuroscience-psychology-biology-computer science departments at universities and medical facilities. 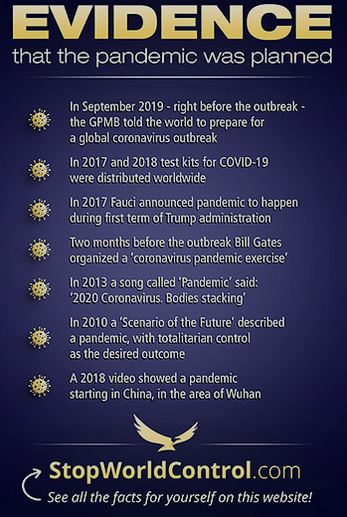 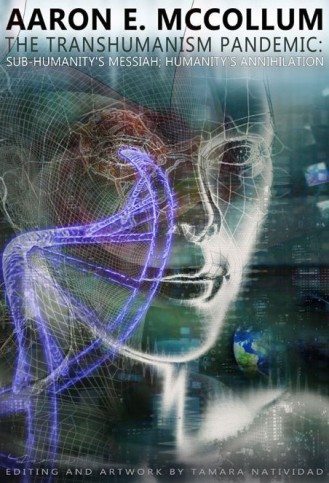